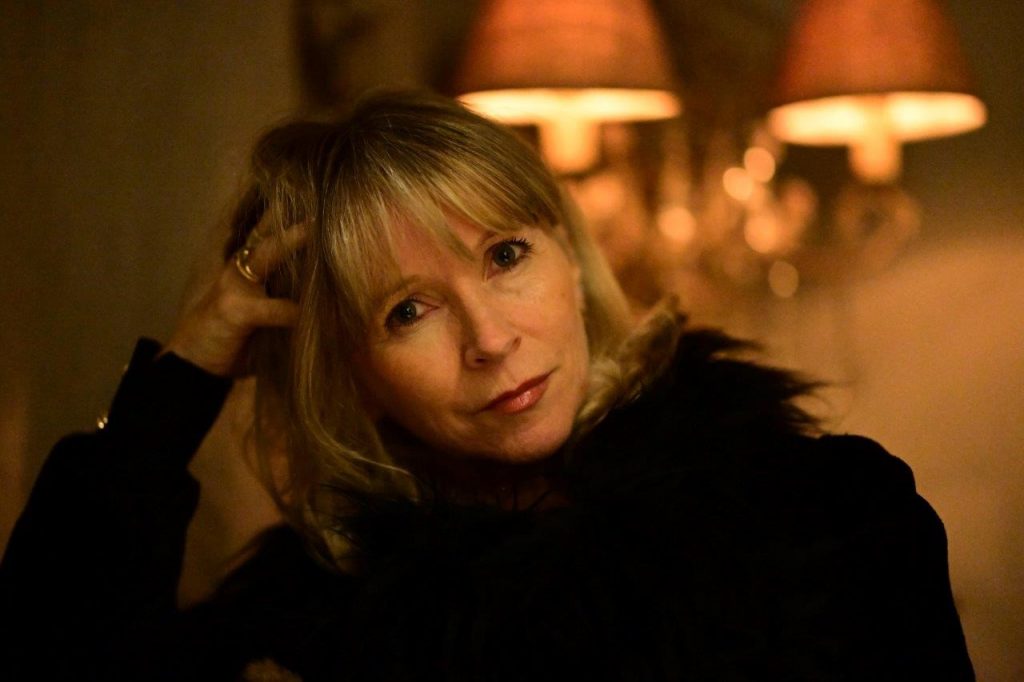 Donlon is known for her humour and profound creativity, her work thrills an unusually broad audience. With stylistic innovation, Irish wit and the combination of different art forms, Marguerite Donlon has pushed artistic limits to secure a place in the international dance scene.
A native of Ireland, Donlon’s childhood was marked by traditional Irish dance; only at the age of 16 did she begin professional ballet training. Her first engagement was with the English National Ballet. In 1990, she was invited as a soloist to the Deutsche Oper Berlin where she worked with dance legends such as Natalia Makarova, Rudolf Nureyev and Sir Kenneth MacMillan. Donlon, however, found her place working with and dancing the repertoire of the most influential contemporary choreographers, including William Forsythe, Maurice Béjart, Meg Stuart, Bill T. Jones and Jiří Kylián.

From 2001–2013, Marguerite Donlon was the ballet director and house choreographer at the Saarländisches Staatstheater (Saarland State Theater). The company impressed audiences with its own unique style and quickly became a respected and sought-after ensemble invited to perform throughout Europe, the USA and Asia.
Donlon is the initiator and founder of the International Dance Festival Saar, launched in 2006 and will launch the first Peace Dance Festival Osnabrück 2023.
In 2009, Marguerite Donlon founded “iMove Saar”, a highly motived and successful youth dance company comprising of young people from various cultural and ethnic backgrounds. Since then she has launched “iMove Ha” and most recently “iMove Os”.

Donlon created a variety of critically acclaimed dance works in the past 21 years showing her versatility yet loyalty to true self expression. For this she has been critically acclaimed worldwide.
The Yearbook “Dance” paid several tributes to her and the company over the years announcing them as “Best Company of the Year”, “Best Production”, “Best Dancer”, or “Most important work for the arts”. “Giselle-Reloaded” was nominated for the “Prix Benois de la Danse” with its mixture of contemporary dance and Irish traditional dance which has become a strong motif in her work. “Romeo und Julia” was nominated for the German Theatre Prize “Die Faust”.
Marguerite Donlon has created choreographies for other dance companies and dancers worldwide. She has created for companies such as the Nederlands Dans Theater 2 (NDT), the Stuttgart Ballet, Berlin Ballet, Hubbard Street Dance Company in Chicago, Rambert Dance in London, the Companhia Nacional de Bailado (CNB) Portugal, Staatstheater am Gärtnerplatz Munich, Musiktheater im Revier (MiR) Gelsenkirchen, Visceral dance Chicago, Svetlana Zacharova and the Bolshoi Ballet and The One Grand Show, Friedrichstadt-Palast Berlin.
Most recently she has created for BalletX Philadelphia, Theater Basel, Staatsballet Karlsruhe and Ballett Graz.  In 2014 Donlon founded her own project company “Donlon Dance Collective” who have performed in Germany, Ireland and the USA.

In addition to her choreographic work, Donlon has directed Samuel Becketts “Acts without words” and “Words and Music” for the Théâtre National de Luxemburg -TNL and the Ruhrfestspiel Recklinghausen, Germany.
Her opera debut was “L’enfants et les sortileges” for the Korean National Opera and Ballet conducted by Min Chung in 2008.
Her most recent Inter-disciplinarian piece is “East West” created for her company at the Theatre Osnabrück in 2022.

Donlon sees dance as a social connector and a tool to communicate on various levels. In 2012, she launched a large scale environmental awareness project about the growing problem of plastic in our oceans. After meeting environmentalist David De Rothschild and brainstorming together, she created a dance piece called “Blue”. She also created an interactive sculpture which involved 8.000 children collecting plastic bottle tops to fill the sculpture. This sculpture “Plastic Ocean” was subsequently invited to Frankfurt to open the “Eco Arts Festival” and later was invited to tour Greece to help promote awareness to the problem. As a result, Donlon was invited to the world summit for water pollution in Berlin to talk about how dance can reach so many people through a positive approach and how this can influence scientific and political endeavors.
Before leaving Saarbruecken and her company after 12 years, Marguerite Donlon created the project “ZeichenTanz” or “Sign Dance“. This project enabled hard of hearing audience members to better enjoy dance performances through the signing of music.
In 2022 she successfully launched TanzZeichen for Dance Company Osnabrück together with sign interpreter / actor Rafael-Evitan Grombelka .

Donlon is a pioneer at heart and her tool to reach out and communicate is through the performing arts. She is open minded and enjoys pushing boundaries together with teams of passionate people.
In addition to her artistic activities, Marguerite Donlon was awarded Medal of Merit by the Minister President of Saarland for her outstanding artistic work for the Saarland. In 2017, she received a Civic Reception in honour of her distinguished career as a ballet director and her acclaimed achievements in the world of dance. She was appointed by the Deputy Prime Minister of Ireland to be a member of the Global Irish Network in 2012. Donlon is a member of the Presidium of the Federal German ballet and dance theatre directors conference (BBTK).

In 2014 became an accredited PCT and RD1st Business Coach and Leadership Mentor and combines her creative work and coaching skills in the world of business to enhance creative thinking and team building.